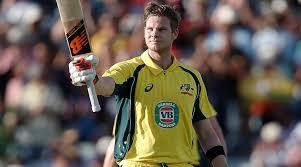 Australian captain Steven Smith smashed a career-best 164(157) in the first ODI against New Zealand on 04th December 2016, to equal Ricky Ponting’s record for the highest individual score by an Aussie skipper.
In the process, he also became the second batsman to score 1,000 ODI runs this year. Smith is the third Australian captain to score 150+ in an ODI innings.
Source- The Business Standard