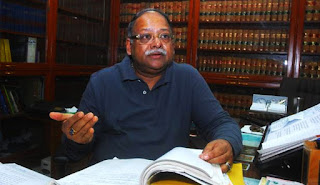 Within months after the Centre gave him an extension, Solicitor-General of India Ranjit Kumar, the second highest ranking law officer of the government, resigned with immediate effect.
Mr Kumar, a successful senior advocate who joined the government’s team of law officers in the Supreme Court in 2014, cited personal reasons and family commitments for his decision to opt out. His tenure of three years as Solicitor General had ended on June 6, 2017, but the government had extended the tenure on an ad hoc basis.
Source- The Hindu