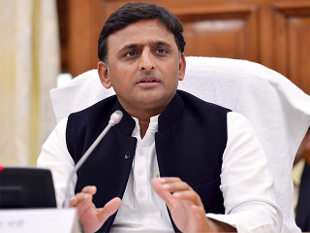 Samajwadi Party chief Mulayam Singh Yadav has expelled his son and Uttar Pradesh Chief Minister Akhilesh Yadav for six years for alleged anti-party activities, putting the state ruling party on the brink of a split ahead of assembly elections next year. Also expelled for six years on the same grounds is the patriarch’s cousin Ram Gopal Yadav, a Rajya Sabha member.
The rift in the party — with Mulayam and brother Shivpal Yadav on one side against the chief minister and Ram Gopal had come to the fore after separate election candidate lists were released by both camps.
Source- The Economic Times