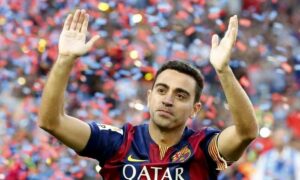 Spain and Barcelona legend Xavi Hernandez has announced that he will retire from professional football at the end of the current season. Xavi Hernandez spent 14 years in Barcelona, where he won 35 trophies, including 8 La Liga titles, before moving to Qatari club Al-Sadd.