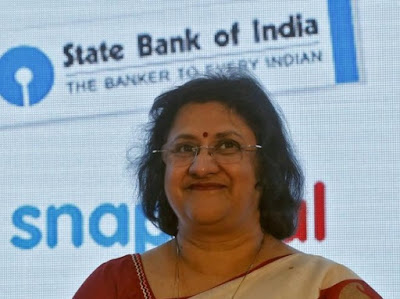 The country’s largest lender State Bank of India launched 3 new digital offerings on the occasion of 61st State Bank Day1st July. SBI has partnered with Flipkart to offer its consumers the facility of pre-approved EMI Facility on purchases. Under this partnership SBI will provide overdraft facility to pre-qualified set of customers for transacting on Flipkart for a minimum purchase of Rs. 5000.
The bank launched ‘SBI Mingle’ – its social media banking platform for Facebook and Twitter users. Using SBI Mingle, its customers can do a host of banking services like checking balance and requesting mini statements on their Facebook or Twitter accounts. SBI also launched its new initiative SBI Digital Villages aimed at transforming villages into cash less eco-system by adopting them. In its first leg the bank has adopted 21 villages to be moved on the digital platform and plans to bring 100 villages under this initiative across the country by the end of FY 2017.

Source – The Hindu
1. Name the bank, which has Launched 3 new digital initiatives, Recently?