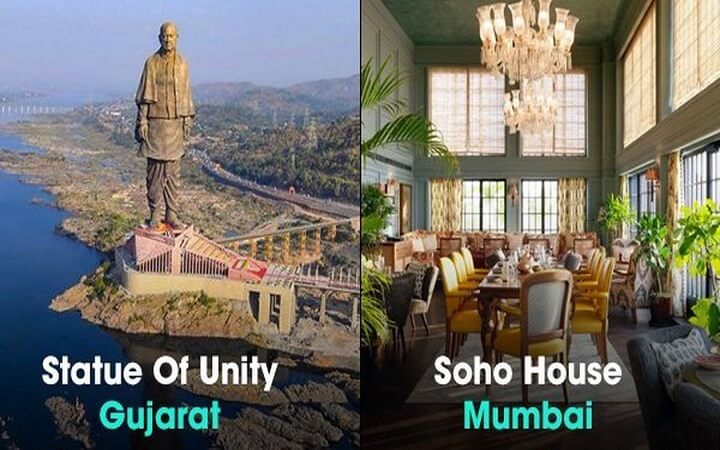 The 597-ft tall ‘Statue of Unity’ in Gujarat and Mumbai’s Soho House have been featured by the Time magazine in its second annual list of the 2019 World’s greatest places, in a compilation of 100 new and newly “noteworthy destinations.

The ‘Statue of Unity’, the world’s tallest statue, is a tribute to Sardar Vallabhbhai Patel, independent India’s first home minister as well as deputy prime minister. Soho House Mumbai is Asia’s first Soho House that puts a local spin on the “formula that has allowed Nick Jones’ members-­only clubs to blossom across the US and Europe”.