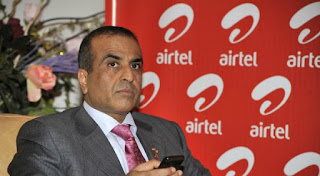 Bharti Enterprises Founder and Chairman Sunil Mittal has been elected as GSMA (Global System Mobile Association) Chairman for a two-year period from January 2017 through December 2018.
Current GSMA Chairman Jon Fredrik Baksaas will step down from the Board at the end of 2016. Mittal, who is the first Indian to be elected as Chairman of global telecom industry board, will oversee the strategic direction of the organisation, which represents nearly 800 of the world’s mobile operators, as well as more than 300 companies in the broader mobile ecosystem.

So let’s discuss some questions related to this post:
Q1. Who has been elected as new GSMA Chairman?
Answer:1. Bharti Enterprises Founder and Chairman Sunil Mittal