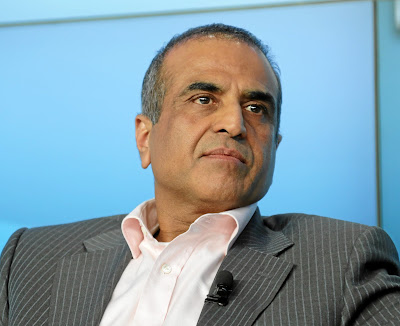 Sunil Bharti Mittal, founder chairman of Bharti Enterprises, has been elected as the head of International Chamber of Commerce (ICC), based in Paris, France. Mittal is the third Indian business leader to head ICC in its near-hundred year history of being the world’s oldest and most respected global business organisation. He takes over from Terry McGraw, Chairman Emeritus of S&P Global, who will now become ICC’s honorary chairman. The International Chamber of Commerce is the world’s largest business organisation with over 6.5 million members in over 130 countries and Mittal will be it’s 51st chairman.
Sunil Bharti Mittal is an Indian entrepreneur, philanthropist and the founder, chairman and Group CEO of Bharti Enterprises, which has interests in telecom, retail, financial services, and agri business. The Group flagship Bharti Airtel, with operations in 20 countries across Asia and Africa and a customer base of over 275 million, is India’s largest telecom company and world’s third largest mobile operator. He is listed as the 8th Richest person in India by Forbes with a Net worth of $7 Billion.

So let’s do:
1. Who has been elected as the head of International Chamber of Commerce (ICC), based in Paris, France?