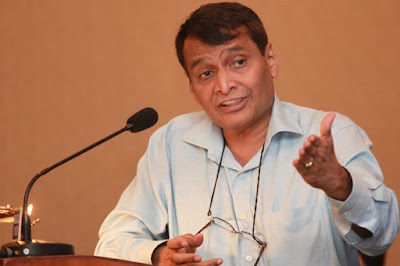 Shri Suresh Prabhakar Prabhu, Minister of Railways  has launched “NIVARAN portal”, an online system for redressal of service related grievance of serving and former railway employees.
Nivaran portal is an online system that seeks to facilitate the employees to lodge their grievances and also monitor the progress and this system will also provide employees of Indian Railways facility for lodging appeal to the higher authority in case the decision is not found satisfactory. Highest controlling authorities will also be able to monitor the progress of grievance redressal by field offices through this system. It has been developed by CRIS (Centre for Railway information systems), an IT arm of Indian Railways on basis of process designed by Establishment directorate of Railway Board.

So let’s do:
1. Name the portal, which has launched by Shri Suresh Prabhakar Prabhu for redressal of service related grievance of serving and former railway employees?