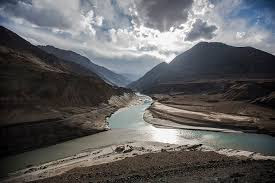 The 40-year-old Indus Waters Treaty between India and Pakistan has been an outstanding example of conflict resolution but scarcity of water in the basin states since the early 1990s has brought the agreement under strain and its “survival appears weak”, according to a UN report. “The treaty fails to address two issues: the division of shortages in dry years between India and Pakistan, when flows are almost half as compared to wet years, and the cumulative impact of storages on the flows of the River Chenab into Pakistan,” said the UNDP report titled ‘Development Advocate Pakistan’.
Wular Barrage and Kishenganga project on the Jhelum and Neelum rivers present a similar problem whereby water storage during the Rabi season is critical as flows are almost one-fifth of the Kharif season, according the report, which was released on 01st February 2017.