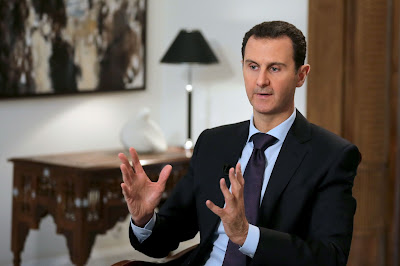 Syrian President Bashar al-Assad was named electricity minister Imad Khamis as the new prime minister of the war-ravaged country. Mr. Assad tasked Mr. Khamis with forming a new government. He is to submit his proposal for new ministerial appointments in the coming days. The 54-year-old engineer replaces Wael al-Halqi who had held the post since August 2012. The changes come two months after Mr. Assad’s Baath party and its allies won a majority of seats in parliamentary elections dismissed internationally as a sham.

Mr. Khamis had served as Syria’s minister of electricity since 2011 and is an electrical engineer by trade. Since March 2012, he has been sanctioned by the European Union, which accuses him of sharing “responsibility for the regime’s violent repression against the civilian population.” Syria’s conflict began in 2011 with widespread protests demanding reform but has since escalated into a bloody civil war that has left 280,000 people dead.

So let’s do:
1. Who is appointed as new Prime Minister of Syria?