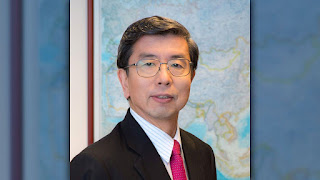 The Asian Development Bank (ADB) Board of Governors has unanimously re-elected Takehiko Nakao as President of ADB for a further 5 years beginning on 24 November 2016. Mr. Nakao was first elected as President by the Board of Governors on 28 April 2013 to serve the 3 and a half years remaining of the term of his predecessor, Haruhiko Kuroda. Mr. Nakao is the 9th President of ADB. He was the sole nominee after ADB’s Governors were invited from 31 May to 30 June 2016 to make nominations for the organization’s presidency.
The Asian Development Bank (ADB) is a regional development bank established on 19 December 1966 which is headquartered in Ortigas Center located in Mandaluyong, Metro Manila, Philippines, and maintains 31 field offices around the world, to promote social and economic development in Asia. The bank admits the members of the United Nations Economic and Social Commission for Asia and the Pacific (UNESCAP, formerly the Economic Commission for Asia and the Far East or ECAFE) and non-regional.