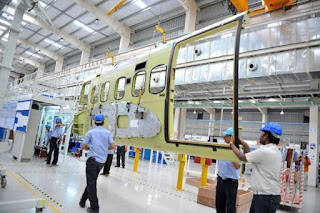 Tata Advanced System (TASL) and Bell Helicopter, a Textron Company have signed an agreement to work together in support of India’s aviation and defense modernization initiatives. The agreement was inked with an emphasis on ‘Make in India’. As per the agreement, TASL and Bell Helicopters will join to develop both commercial and government rotary wing markets in India in the light utility and reconnaissance segments.
Tata Advanced Systems Limited (TASL), a wholly owned subsidiary of Tata Sons, is the strategic Aerospace and Defence arm of the TATA Group. TASL is both an operating & a holding company. While, Bell Aircraft Corporation is a Fort Worth, Texas-based helicopter manufacturing company.