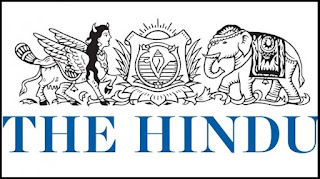 The Hindu has been awarded the Silver and Bronze awards in the ‘Best Reader Engagement’ category of the South Asian Digital Media Awards at the WAN-IFRA (World Association of Newspapers and News Publishers) India 2016 conference in Kolkata.
The Silver award went to the Ask Ashwin Contest from The Hindu Group’s sportstarlive.com. The Hindu’s online coverage of the Tamil Nadu Assembly Election Campaign 2016 bagged the Bronze award in the Best Reader Engagement category. The awards were presented at a glittering ceremony

So let’s discuss some questions related to this post:
1. The Hindu has been awarded in the South Asian Digital Media Awards for which category?