Skip to content
Current Affairs   »   The Nobel Prize in Physics 2019 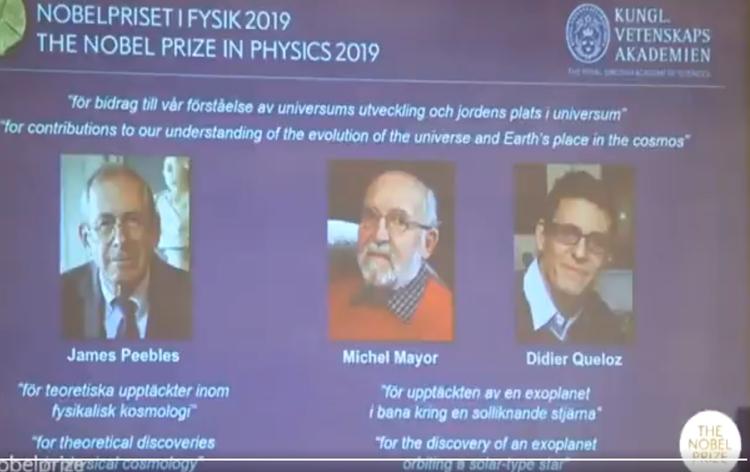 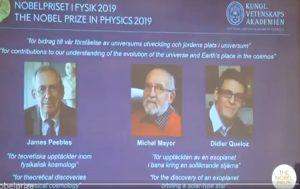 The Nobel Assembly has announced the 2019 Nobel Prize in Physics. The prize will be awarded to James Peebles, Michel Mayor and Didier Queloz.

James Peebles was honoured for his contributions to the understanding of the evolution of the Universe and Earth’s place in the cosmos. Michel Mayor and Didier Queloz were awarded the prize for finding 51 Pegasi b, a gas giant orbiting a star 50 light-years away. It was the first exoplanet to be discovered orbiting a star like our own.

The prize committees are currently working carefully and independently to select the recipients of the 2019 Nobel Prize and the laureates for other fields: Chemistry, Literature, Peace Prize and the Sveriges Riksbank Prize in Economic Sciences in Memory of Alfred Nobel. The recipient for above prizes will be announced as per the schedule between 9th to 14th October, 2019.