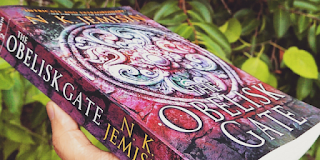 The Hugo Award for Best Novel 2017 was given to Nora K. Jemisin, an American speculative fiction writer for her work ‘The Obelisk Gate’. The award was presented at the 75th World Science Fiction Convention in Helsinki.
The awarded book was the second in the trilogy that started with ‘The Fifth Season’, which was New York Times Notable Book of 2015 and won Jemisin the Hugo Award for Best Novel in 2016.
Source- The Economic Times