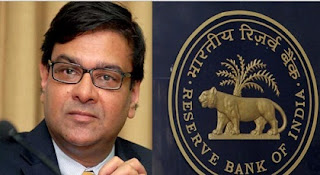 The promulgation of the Banking Regulation (Amendment) Ordinance, 2017 inserting two new Sections (viz. 35AA and 35AB) after Section 35A of the Banking Regulation Act, 1949 enables the Union Government to authorize the Reserve Bank of India (RBI) to direct banking companies to resolve specific stressed assets by initiating insolvency resolution process, where required. The RBI has also been empowered to issue other directions for resolution, and appoint or approve for appointment, authorities or committees to advise banking companies for stressed asset resolution.
This action of the Union Government will have a direct impact on the effective resolution of stressed assets, particularly in the consortium or multiple banking arrangements, as the RBI will be empowered to intervene in specific cases of resolution of non-performing assets, to bring them to a definite conclusion.
The Government is committed to the expeditious resolution of stressed assets in the banking system. The recent enactment of Insolvency and Bankruptcy Code (IBC), 2016 has opened up new possibilities for time-bound resolution of stressed assets. The SARFAESI and Debt Recovery Acts have been amended to facilitate recoveries. A comprehensive approach is being adopted for the effective implementation of various schemes for timely resolution of stressed assets.
Important Takeaways from above News for RBI Grade-B Exam-
Source- Press Information Bureau (PIB)