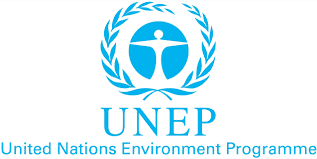 The report titled The Rise of Environmental Crime was released by the United Nations Environment Programme (UNEP) and INTERPOL. The report revealed that environmental crime grew up by 26 % larger than previous estimates of 2014. Environmental crime is the world’s 4th largest criminal enterprise after drug smuggling, counterfeiting and human trafficking. INTERPOL and UNEP have joined forces to bring awareness in the world about the environmental crime.
The crime includes the illegal trade in wildlife, corporate crime in the forestry sector, the illegal exploitation and sale of gold and other minerals, illegal fisheries, the trafficking of hazardous waste and carbon credit fraud. The report finds that weak laws and poorly funded security forces are enabling international criminal networks and armed rebels to profit from a trade that fuels conflicts, devastates ecosystems and is threatening species with extinction. The report recommends the world to come together to take strong national and international action to combat environmental crime.

So let’s do:
1. The Rise of Environmental Crime Report was released by which organisation?