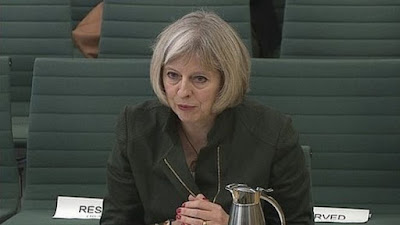 British politician, Theresa May  became Prime Minister of United Kingdom (UK) after meeting Queen Elizabeth II. She succeeds David Cameron, who had resigned in the wake of Brexit referendum that ended his six-year-long stint as the Prime Minister of Britain. Theresa May has made Boris Johnson, the former London mayor who led the Brexit campaign, foreign secretary in her new government.

she became UK’s second-ever female Prime Minister after Margaret Thatcher (in office from 1979-1990). Before this, She has been the Member of Parliament for Maidenhead since 1997, and became Leader of the Conservative Party on 11 July. From 1977 until 1983, May worked for the Bank of England, and from 1985 until 1997 at the Association for Payment Clearing Services, also serving as a councillor for the London Borough of Merton’s Durnsford Ward. After unsuccessful attempts to be elected to the House of Commons in 1992 and 1994, she was elected MP for Maidenhead in the 1997 general election.
So let’s do:
1. Who is the new Britain Prime minister?
Source – The Hindu