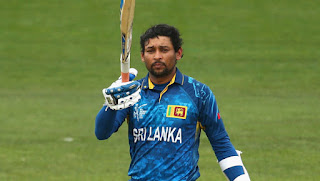 Sri Lanka’s Tillakaratne Dilshan will quit international cricket after the ongoing limited overs series against Australia.  A wily off-spinner and one of the most agile Sri Lankan fielders even at the age of 39, Dilshan scored 22 and 10 in the first two one-dayers of the ongoing five-match series against world champions Australia.
Tillakaratne Mudiyanselage Dilshan, is a professional Sri Lankan cricketer and a former captain of the Sri Lanka national cricket team. He is popularly known as Tillakaratne Dilshan.

So let’s do:
1. Name the Sri Lankan’s cricketer, who has to announce retirement after Australia series?