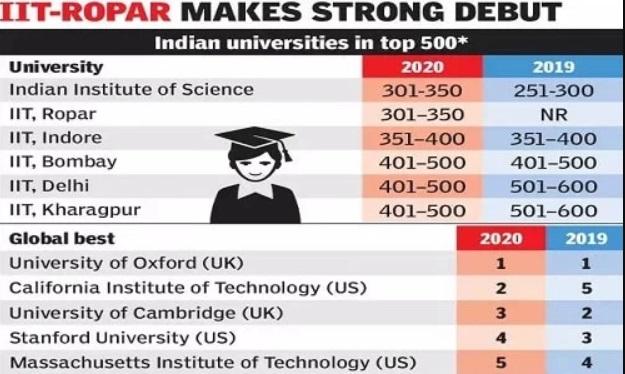 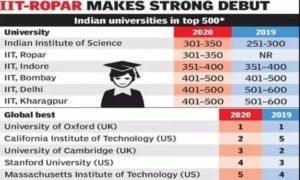 World University Rankings 2020, published by the United Kingdom (UK) based Times Higher Education (THE), Indian Institute of Technology (IIT) Ropar and Indian Institute of Science (IISc) Bangalore were ranked number 1 among the 56 Indian institutes on the list of the best universities of the world. The ranking includes almost 1,400 universities across 92 countries.

As per the World University Rankings 2020, the University of Oxford is the number one university in the world for the fourth time in a row. The California Institute of Technology stands at the second place and the University of Cambridge fell to the third rank this year.