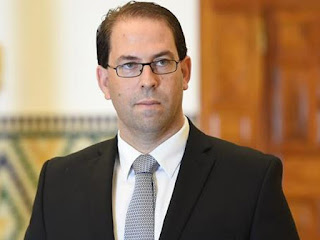 The parliament in Tunisia passed a confidence vote in the Government of National Unity. The government of Prime Minister Youssef Chahed was supported by 167 of the 217 members of parliament 22 were against and five abstained. The move came after the majority of lawmakers in the Tunisian parliament passed a vote of no confidence in Premier Habib Essid, which followed his unwillingness to form a new unity government.