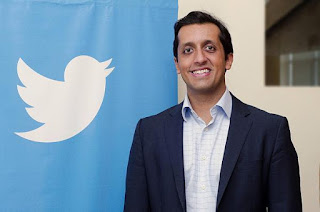 Rishi Jaitly, Twitter’s India head who helped popularise the adoption of the micro-blogging website among government departments to respond to citizen queries, has quit the company.
Jaitly was the vice-president for Asia Pacific, which includes India, West Asia and North Africa for Twitter. He made the announcement on a twitter storm on 01st November 2016.