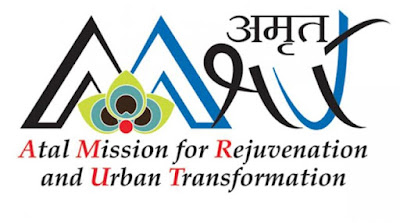 So let’s do:
1. Expand the term AMRUT?
2. The Government has approves Rs.4,404 Cr. for urban infrastructure in how many States/UTs under AMRUT Scheme?