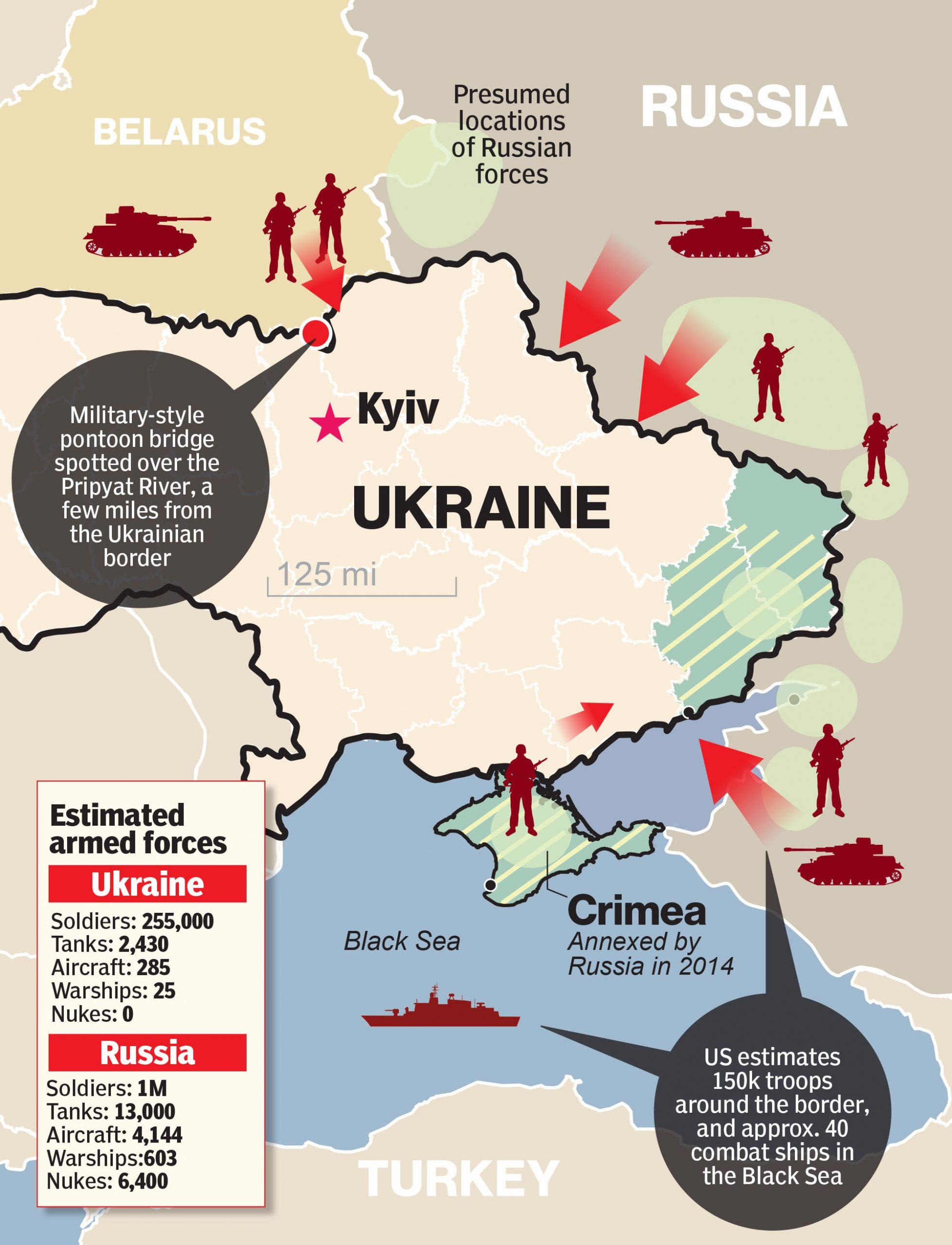 The attack on Ukraine by Russia is potentially the onset of war in Europe on top of Russia’s behest for an end to NATO’s eastward expansion. The launch of the major invasion by Russia on Ukraine, that started with air and missile assaults on Ukrainian military targets before sending troops and tanks across the country’s northern, eastern, and southern borders. On many fronts, the Ukrainian military fought back. In a video speech delivered early Friday, February 25, President Volodymyr Zelenskyy announced that 137 people had been killed, including troops and civilians, and that hundreds more had been injured.

Problem Between Russia And Ukraine

Since the invasion of Crimea in 2014, Ukraine has been living in fear of war with Russia for nearly eight years. Russia and Ukraine have been at odds for a long time, with Russia claiming Ukraine as a part of its country and opposing Ukraine’s developing ties to the West. Russian President Vladimir Putin wants to recapture the former Soviet Union Republic.

He requested that the Ukrainian military put down their weapons. Prior to its cessation in 1991, Russia and Ukraine were both members of the Union of Soviet Socialist Republics (USSR), which consisted of 15 republics.

Genesis of the Conflict:

Ques: What is the conflict between Russia and Ukraine?

Ans: The conflict between Russia and Ukraine can be traced back to 2014 when the Ukrainian Revolution of Dignity started, which focused on Crimea and Donbas.

Ques: When did Ukraine split from Russia?

Ans: When in 1991, Soviet Union or USSR was dissolved, Ukraine was separated from it.

Ques: What parts of Ukraine does Russia control?

Ans: Russia control Crimea and parts of Donbas which are internationally recognized as the parts of Ukraine. The conflict between Russia and Ukraine is since 2014 for these areas.

Ques: When did the war between Ukraine and Russia start 2022?

Ans: On 24 February, 2022, Ukraine was attacked by Russia for a military invasion, and it is a consequence of the Russo-Ukrainian conflict which was started in 2014.

Ques: Is Ukraine part of NATO?

Ans: The relations of Ukraine with NATO can be traced back to 1992, just one year after its separation from USSR. Ukraine also joined the North Atlantic Cooperation Council which was later renamed as the Euro-Atlantic Partnership Council.