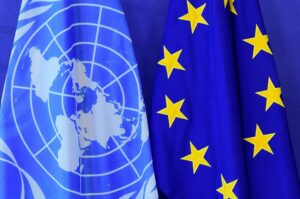 The United Nations and the European Union (EU) have signed a joint framework aimed at strengthening partnership in counter-terrorism efforts. The UN Office of Counter-Terrorism announced that the framework was enacted on the occasion of the second EU-UN high-level political dialogue on Counter-Terrorism that was held in New York.

The UN-EU initiative will focus on terrorism and violent extremism prevention in Africa, the Middle East, and Asia, as well as support victims and promote the reintegration of terrorism offenders.