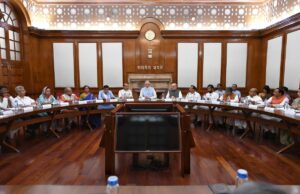 The newly-sworn in NDA government at the Centre has taken four major decisions related to farmers’ and traders welfare in the first meeting of the Union Cabinet. It has approved the extension of Pradhan Mantri Kisan Samman Nidhi (PM-KISAN) to all the farmers in the country. Earlier the benefit of the scheme was applicable to farmers having two hectares of land.

Agriculture Minister Narendra Singh Tomar stated that nearly 14 crores 50 lakh farmers will be now covered under the revised scheme. Total burden on the exchequer will be over 87,000 crore rupees for the year 2019-20. Over three crore farmers have been benefited so far. Six thousand rupees per year is being given in three installments to the farmers, under the scheme.

Important Takeaways for SBI PO/Clerk Mains-
1. Centre also approved the Pradhan Mantri Kisan Pension Yojana under which small and marginal farmers will get a minimum fixed pension of 3,000 rupees per month on attaining the age of 60 years.
2. Pradhan Mantri Kisan Pension Yojana scheme aims to initially cover 5 crore farmers in the first 3 years.
3. PM-KISAN scheme was launched in Uttar Pradesh’s Gorakhpur on 24th February 2019 by transferring the first installment of ₹2,000 each to over one crore farmers.