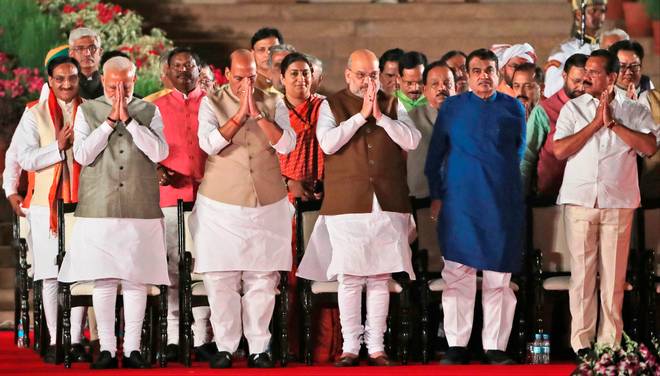 Modi took oath as the PM for a second consecutive term. 57 other members of the Council of Ministers, including Rajnath Singh, Amit Shah, Nitin Gadkari, and Sadananda Gowda, also took the oath. A total of 24 Cabinet Ministers took oath at the forecourt of the Rashtrapati Bhavan, followed by nine Ministers of State (Independent Charge) and 24 Ministers of State.

Here’s the full list of the Union Council of Ministers and their portfolios, under the Modi Government 2.0.

Narendra Modi – Personnel, Public Grievances and Pensions; Department of Atomic Energy; Department of Space; all important policy issues; and all other portfolios not allocated to any minister