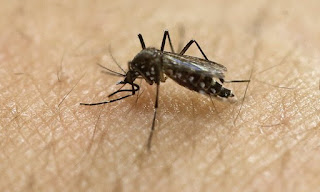 The US government has declared a public health emergency in Puerto Rico as a result of a Zika epidemic. The declaration allows the US Department of Health and Human Services to award grants, access emergency funds and temporarily appoint personnel where needed, among other things.
The announcement came hours after Puerto Rico reported 1,914 new cases in the past week, for a total of 10,690 since the first one was reported in December. The mosquito-borne virus has infected 1,035 pregnant women, which is a concern to authorities because Zika has been tied to a severe birth defect known as microcephaly. More than 100 pregnant women infected with Zika in Puerto Rico who have given birth have had healthy babies

So let’s do:
1. US declares state of emergency in which Caribbean island over Zika epidemic?