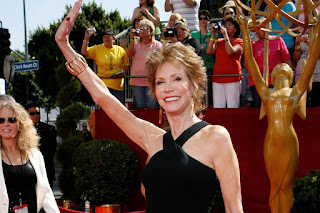 Emmy award-winning US actress Mary Tyler Moore has passed away at the age of 80. She was best known for her television roles in the 1960s sitcom The Dick Van Dyke Show and the eponymous The Mary Tyler Moore Show in the 1970s.
She was also nominated for best actress Oscar in 1980 for the film Ordinary People. Born in Brooklyn, New York, Moore moved to Los Angeles when she was eight years old and started her career in show business as a dancer aged 17.
Source- Evening Standard (UK)