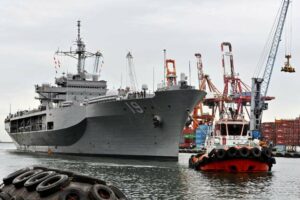 The Pacific Vanguard exercise near the U.S. island of Guam takes place ahead of President Donald Trump’s visit to Japan, as Washington looks to allies in Asia to help counter China’s military might in the region.