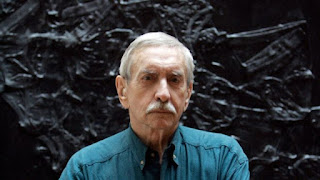 Legendary playwright Edward Albee, widely considered one of the greats of his generation, has died at the age of 88. A three-time Pulitzer Prize winner, he was arguably America’s greatest living playwright after the deaths of Arthur Miller and August Wilson in 2005, Albee was awarded Pulitzers for A Delicate Balance, Seascape and Three Tall Women.
His best-known work, Who’s Afraid of Virginia Woolf?, a portrait of a decaying marriage set over one evening, was denied the 1963 Pulitzer Prize after debuting on Broadway the previous year.

So let’s discuss some questions related to this post:
1. Name the US playwright, who has passed away, recently?