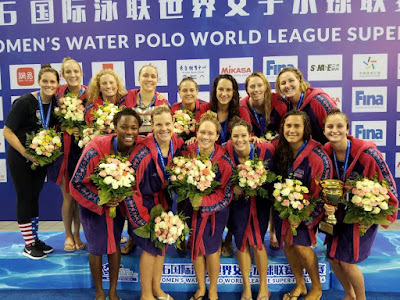 The FINA Water Polo World League is an international water polo league organized by FINA, which plays annually. League play features continental tournaments for men and women, from which the top teams emerge to play in the Super Final where the league champion team is crowned. Men’s league play began in 2002 to capitalize on increased worldwide popularity of water polo created by the 2000 Olympic Games. The women’s league was added in 2004, based on growing interest in women’s play.

So let’s do:
1. Name the country, who has won the FINA Women Water Polo World League Super Final?