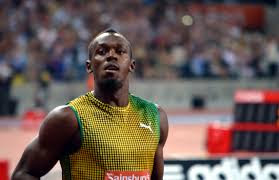 Olympic champion Usain Bolt graced local fans with a blistering season’s best run of 9.88 seconds to win the men’s 100 metres at the inaugural Jamaica National Racers Grand Prix now on at the National Stadium. His is the second fastest time this year in the event.

Bolt, the world’s fastest man, won ahead of Nickel Ashmeade (9.94s) and his Racers Track Club team-mate Yohan Blake (9.94s) in a positive 1.0 metres per second. Former World record holder Asafa Powell finished fourth in a time of 9.98s. The highly anticipated event, which was the highlight of the meet, did not disappoint the spectators in the almost-packed stadium.