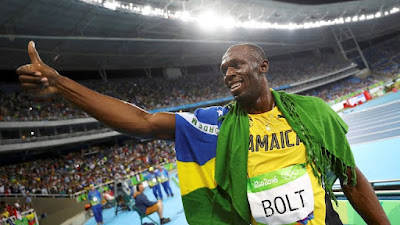 Usain Bolt has won the 200 metres final to add to his 100m title at the Rio Olympics 2016. Bolt eased to victory in the 200m final in 19.78 seconds. He had also won the 200 metres race in 2008 Bejing and London 2012. This was his ninth gold medal. The legendary runner announced that he will retire from the sport next year.
Usain Bolt is a Jamaican sprinter. Regarded as the fastest human being ever timed, he is the first man to hold both the 100 metres and 200 metres world records since fully automatic time became mandatory.