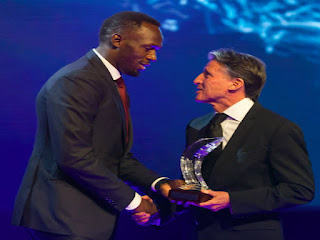 Jamaican sprinter Usain Bolt won the International Association of Athletics Federations’ award for male athlete of the year for a record sixth time .
He last won the award in 2013, while his first win came in 2008. Bolt, who is undefeated this season in all distances, completed his ‘triple-triple’ of 100-metres, 200-metres and 4×100-metres Olympic golds in August.
So, let’s discuss some questions related to this post:
Q1. Name of the player, who has won the  ‘Athlete of the Year’ award for a record sixth time?
Ans1. Jamaican Sprinter Usain Bolt
Source-The Hindu
×