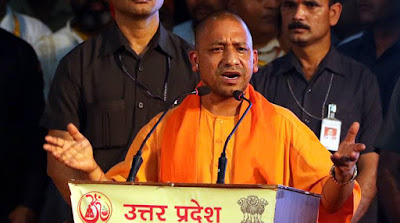 In Uttar Pradesh, a massive immunisation drive has been launched in 38 districts to eradicate Japanese Encephalitis (JE). Chief Minister Yogi Adityanath has launched the drive from Kushinagar district. The government also launched a toll-free number to get or provide any information about encephalitis. The number is 18001805544. His several cabinet colleagues also participated in the launch programmes in different districts. Drive will be continued by June 11th, 2017.

Initiating the drive from a slum locality in Kushinagar district, Mr Yogi issued an appeal to all the public representatives starting from MPs to village Pradhans to give their full cooperation in the drive.
Static Takeaways for SBI PO Mains Exam-
Source- The Indian Express