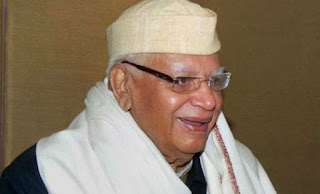 Uttarakhand Chief Minister Harish Rawat on November 10 conferred the Uttarakhand Ratna award on his arch rival and former chief minister Narayan Dutt Tiwari on the occasion of the state’s 17th foundation day. The gesture was interpreted in the political circles as a smart political move ahead of next year’s Assembly election in the state to capitalise on the Congress veteran’s influence in the Kumaon region.
So, let’s discuss some questions related to this post:
Q1. Who has been awarded the 2016 Uttarakhand Ratna award?