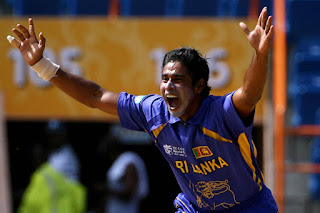 Sri Lanka appointed its pace bowler Chaminda Vaas as a coaching consultant. He has been given charge of identifying fast bowling talent around the island. Vaas had a spell as Sri Lanka’s bowling coach from 2013-15 and has also coached New Zealand and Ireland.
Vaas, is a former Sri Lankan cricketer regarded as the best fast bowler to have come out of the country. Vaas has been described as the ‘most penetrative and successful new-ball bowler Sri Lanka has produced’. In 2004 he gained international recognition when he was selected for the World Test and one-day XI at the inaugural ICC Awards. He was once again selected for the World Test XI at the 2005 awards. As of 22 February 2015, only 3 bowlers have taken more ODI wickets than Vaas.
So let’s do:
1. Name the person, who has appointed as Sri Lanka’s coaching consultant?