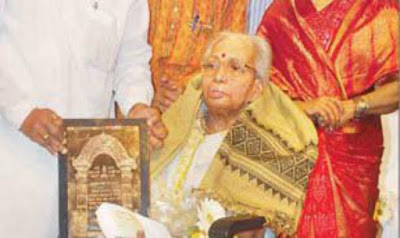 Veteran theatre and film personality Manimala Devi, passed away. She was suffering from a prolonged illness at Bhubaneswar, Odisha. She was 90. Manimala ruled the Odia film industry in the 1960s as lead actress with her influential performances in various films. As a leading actress, she featured  in films like Laxmi, Bhai Bhauja, Kaa, Malajanha, Abhinetri and Suryamukhi, which  also bagged a number of awards.

Manimala joined Annapurna Theatre at the tender age of eight.  She began her career as a child artiste in Annapurna  Group B and went on to perform in at least 100 plays. She acted in 28 Odia films of which 14 bagged the National  Film Awards including her debut film Sri Loknath in 1960.

So let’s do:
1.  Name the Veteran Odia actress, who has passed away recently?