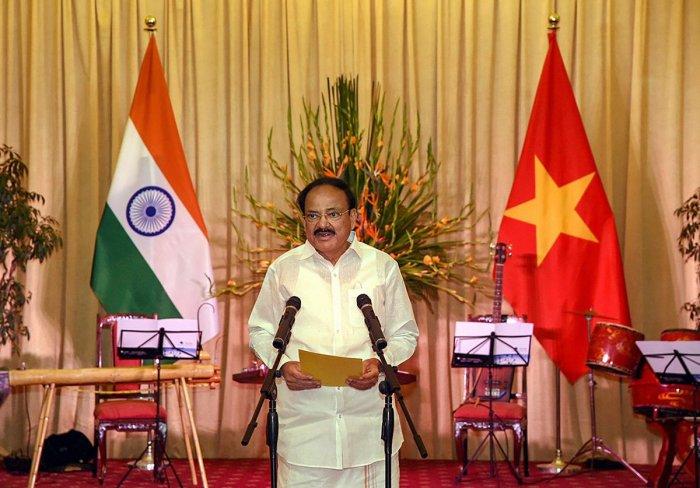 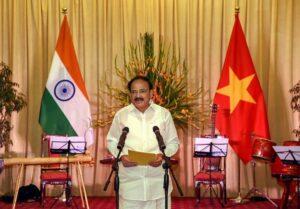 Vice President Venkaiah Naidu undertook an official visit to Vietnam at the invitation extended by Dang Thi Ngoc Thinh, Vice President of Vietnam. He was also invited by the Vietnam Buddhist Sangha and the organizers of the 16th UN Day of Vesak that is being held at the Tam Chuc Pagoda in Hanam Province in Vietnam to deliver the keynote address during the inaugural session.

Vesak is celebrated to commemorate the birth of Buddha. He also delivered the keynote address at the inaugural session of the event. The theme of the event was “Buddhist Approach to Global Leadership and Shared Responsibilities for Sustainable Societies.” Win Myint, the president of Myanmar, K.P. Sharma Oli, Prime Minister of Nepal and Tashi Dorjee, Chairman of the National Council of Bhutan also participated in it.

Naidu also met the Indian community and Vietnamese beneficiaries of the Jaipur Foot Artificial Limb Fitment Camp which was organized in Vietnam under the initiative termed ‘India for Humanity‘. It was launched to celebrate the 150th Birth Anniversary of Mahatma Gandhi.