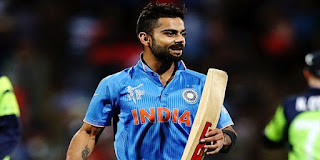 After the release of ICC and Cricket Australia’s list of best players of 2016, Lord’s Cricket Ground have followed the trend and selected top 20 players for this calendar year.
Indian Test skipper Virat Kohli bagged was honored with No. 1 spot after experiencing a sensational run in 2016 across all the formats of the game. Virat brought an end to his perfect year with Player of the Series award in the recently concluded Test series with England. Englishman Jonny Bairstow followed the Indian Test captain while ICC No.1 Test bowler Ravichandran Ashwin came in third ahead of Sri Lankan spin wizard Rangana Herath.