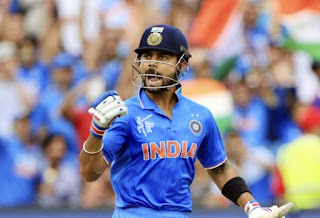 India cricket captain Virat Kohli is among the world’s highest-paid athletes, according to a Forbes’ compilation topped by American boxing champion Floyd Mayweather. Kohli, the only sportsperson from India to be featured in the list, is ranked 83rd with earnings of USD 24 million.

Kohli is not just cricket-crazy India’s biggest name but is also one of the most popular athletes in the world. The  ‘World’s Highest-Paid Athletes 2018’ list is topped by 41-year-old Mayweather, with USD 285 million earnings.