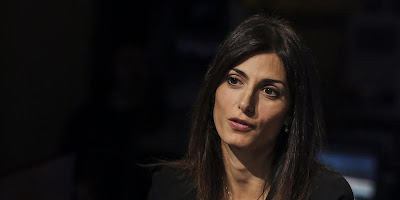 Virginia Raggi, a leading member of the populist anti-corruption Five Star Movement (M5S), was elected as Rome’s first female mayor. She is also the first candidate from that party, M5S to be elected to Rome’s mayoralty. Raggi, who will turn 38 in July 2016, is also the youngest mayor in Rome’s history.

A lawyer and local councilor, Raggi was elected to the post for the Italian capital after winning 67% of the vote in a runoff ballot against the Democratic Party’s (PD) Roberto Giachetti. Apart from her, Chiara Appendino another M5S candidate won the mayoral elections in Turin. M5S is a political party which was founded by comedian-turned-politician Beppe Grillo. With this win in Rome, the party also emerged as the main opposition to centre-left Prime Minister, Matteo Renzi.
So let’s do:
1. Who is the first female mayor of Rome?