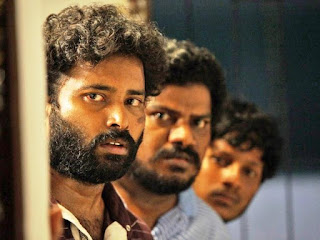 Visaranai, the Tamil docu-drama crime thriller, has been chosen India’s official entry to Best Foreign Language Film category at the 89th Academy Awards to be held in 2017.
The national award-winning film, directed by Vetrimaran, and produced by actor Dhanush’s Wunderbar Films, documents four migrant workers who suffer police brutality and corruption after being jailed on false charges.

So let’s discuss some questions related to this post:
1. Which Indian film has been selected as the official entry to Oscar Awards 2017 in the foreign language film category?