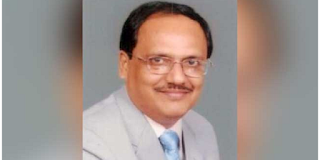 The Government has appointed VK Sharma as the chairman of state-owned Life Insurance Corporation (LIC) for 5 years. Managing Director at LIC, VK Sharma was already acting as chairman since 16  September 2016. Former chairman SK Roy had resigned in June 2016.
So, let’s discuss some questions related to this post:
Q. Who has been appointed as the chairman of LIC after the Successor of SK Roy?
Ans.VK Sharma
Source-The Hindu