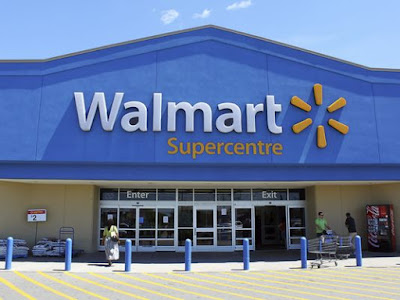 American multinational retail corporation, Walmart is topped the Fortune 500 list for the 4th consecutive year. Rounding out the top 10 in the 62nd annual rankings, based on total revenues for their fiscal years: ExxonMobil, Apple, Berkshire Hathaway, McKesson, UnitedHealth Group, CVS Health,General Motors, Ford Motor and AT&T.
Apple, which was the most profitable company on the list, with $53 billion in profits, was among companies making big moves this year, jumping to No. 3 from No. 5 last year. Other movers in the top 25 included Amazon.com (No. 18) and Walgreens (No. 19), which moved into the top 20 from No. 29 and No. 35 last year. And Microsoft (No. 25) made the top 25 for the first time, up from No. 31 last year.

So let’s do:
1. Name the American multinational, Which has topped the Fortune 500 list  for the 4th consecutive year?