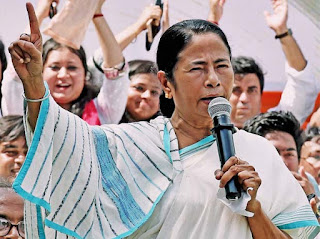 The West Bengal Assembly has passed a resolution for renaming the state as ‘Bangla’ in Bengali and ‘Bengal’ in English, weeks after a proposal in this regard was put forward by CM Mamata Banerjee.
The proposal to pass the resolution was approved by the special session of the West Bengal Assembly, which was convened on August 26 to discuss the renaming of the state. In 2011, the state government had sent a proposal to the Centre for renaming West Bengal as “Paschim Bango”, but that never got the green signal. After the partition of India in 1947, Bengal was bifurcated as East Bengal and West Bengal. East Bengal became a part of Pakistan.
So let’s do:
1. Name the state, which has passed a resolution to rename the state?