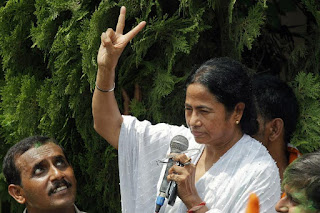 The Mamata Banerjee cabinet today gave a nod to change West Bengal’s name to ‘Bengal’ in English and State will be named either ‘Banga’ or ‘Bangla’ in Bengali.

The state government’s cabinet today okayed a proposal to this effect, and that proposal will be forwarded to the Centre after it’s ratified by the West Bengal Assembly, in a special session that is expected to be held soon.The state Assembly is very likely to ratify this proposal because the ruling Trinamool Congress (TMC) has a majority in the House.