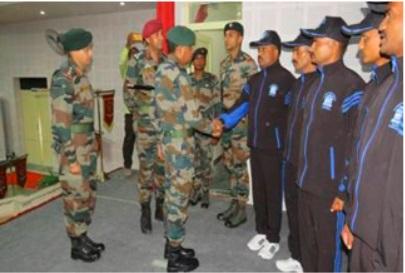 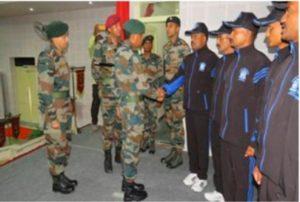 The White water Rafting Expedition christened ‘RUDRASHILA’ being undertaken by Kalidhar Battalion under the aegis of Battle Axe Division was Flagged Off at Jaisalmer Military station.

The expedition christened ‘Rudrashila’ has been organised to commemorate the 75th Raising day of the Kalidhar Battalion. ‘Rudrashila’ takes its name from the famed Rudraprayag tributary of the Ganges River in the Mountains of Uttarakhand. ‘Kalidhar Battalion’ was raised on 01 November 1943 and has participated in all major operations of the Indian Army including two overseas assignments in Korea in 1953 and UN peacekeeping mission in Congo in 2005-06.